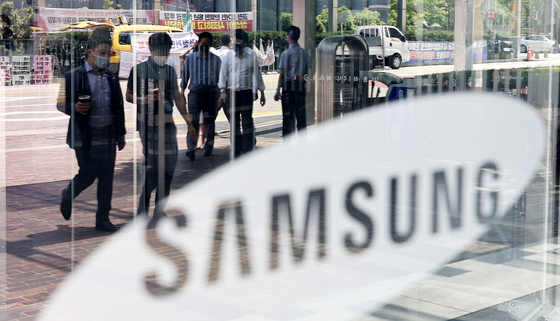 Samsung Electronics is streamlining its structure to make it less bureaucratic and more meritocratic, removing the minimum number of years required for promotion and consolidating two senior positions into one.

The dramatic move puts the company at the forefront of structural reform for major Korean companies seeking to become more competitive in fierce global markets, though it falls somewhat short of its original plan, which would have removed most ranks.

The move, announced on Monday, is expected to take effect in January.

Under the new system, it will be possible to give promotions more quickly to high performers.

To move up the ranks, you need at least eight years of service in a rank.

This minimum length of stay has been removed and replaced by testing. Under the new system, an employee aged 30 and over could become an executive, which is above CL4.

With 280,000 employees, Samsung Electronics is Korea’s largest employer. It will pilot peer performance reviews with the goal of obtaining more textured objective assessments.

In devising a new structure, the electronics maker has been holding workshops for weeks with change agents (CAs) — employees who focus on improving company culture — and executives.

Referencing colleagues by job title will be discouraged and grade markers will be removed. Employee identification numbers, which can be used to identify when the person started working for the company, and job rankings will no longer be posted on the company intranet.

Employees will all use honorifics to address each other, a break from the practice where only junior workers would do so for those higher than them in the organizational structure.

In October, the company abolished all employee job titles except group leader and section leader. Employees now refer to each other with the suffix “pro”. Job titles cannot be found on the company’s intranet, email system, or internal email application.