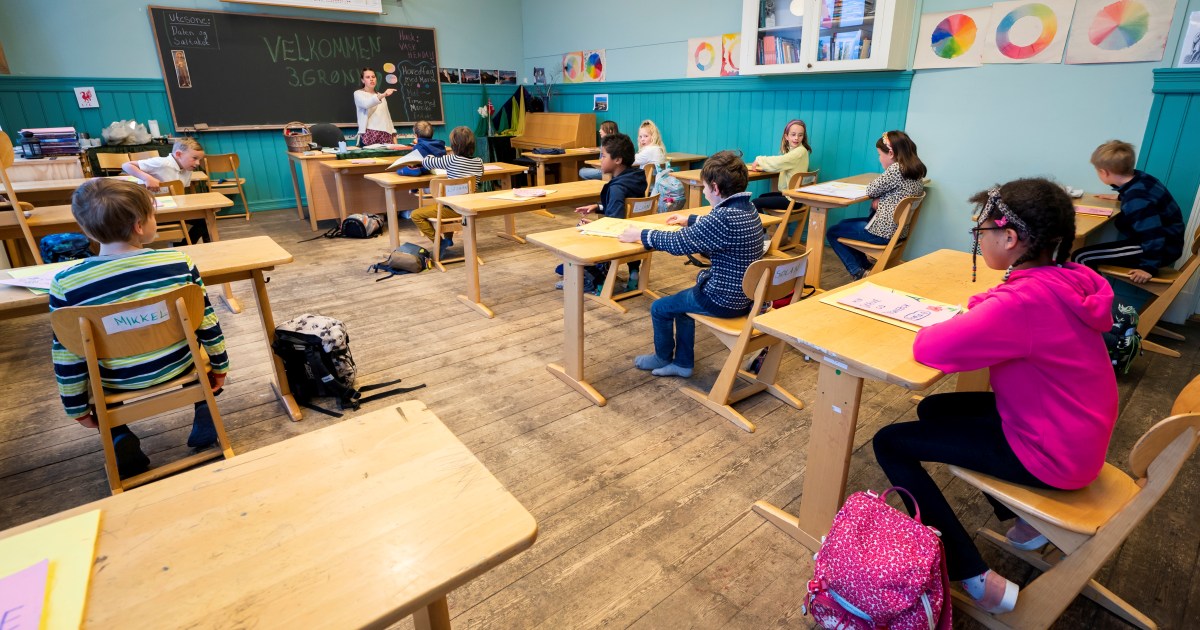 The Brown Center Chalkboard recently published an important article about an unappreciated crisis in our public schools: chronic teacher absenteeism that is costing public schools billions of dollars and millions of hours of effective teaching and lost learning. every year. The article reported that, on average, 29% of teachers in the 2015-16 school year were considered chronically absent, and recommended consideration of teacher absence measures in school accountability systems.

Both education policies and absence accountability measures are necessary organizational governance mechanisms that, when implemented effectively, can achieve important goals. Policies are intended to define what is permitted, ensure consistency, and avoid contradictions regarding employee behavior and decision-making. Yet policies alone are often not enough to influence behavior or create real change.

What if the problem is not that current teacher absence policies are weak or unclear, but that the school district’s culture does not sufficiently reinforce the goals that the policies are meant to support? Focusing on policy review, while neglecting the culture in which the policy is implemented, risks missing the real issue.

Edgar Schein, a prominent scholar and author of the book Organizational Culture and Leadership, describes culture as follows:

“A pattern of basic assumptions – invented, discovered, or developed by a given group as it learns to deal with problems…that has worked well enough to be considered valid and, therefore, to be taught to new members as the right way to perceive, think and feel about these issues.

I’ve distilled its definition into one of mine: organizational culture is the collective behaviors, habits, and mindsets of individuals and teams in an organization. In other words, culture is “the way things work here”.

My experience working with school districts for over 10 years informs my study of organizational culture. My counseling practice with education officials, focusing on issues ranging from teacher absenteeism to teacher turnover, etc., has often found the roots of these issues in a district’s culture. The good news is that while culture can be the culprit that eats away at initiatives and undermines results, it can also be the hero. This can become the reason why teachers stay in their schools, engage more deeply, and are encouraged to become better at helping children learn. But that only happens if leaders do it deliberately.

According to research conducted by Levine and Lezotte, studies of effective schools consistently recognize a philosophy that is useful and conducive to learning. When teachers are chronically absent, school leaders need to consider whether this is a sign of disengagement from their work. While chronic illness may be one reason for chronic absenteeism, it is certainly not the only reason.

Teaching is challenging work, offset by high purpose and meaning. Still, a 2015 Gallup report found that only 30% of teachers are ‘engaged in their work’, with ‘engaged’ being defined as ‘involved, enthusiastic and engaged in their work’. Collectively, “unengaged” and “actively disengaged” teachers make up the majority of K-12 teachers. Teachers who are not engaged, or who are actively disengaged, will miss a estimated at 2.3 million additional working days than engaged teachers.

Teaching is a very stressful job, which probably contributes to disengagement. According to a Gallup-Healthways Well-Being Index 2013, 46% of teachers report high daily stress. And nearly two-thirds of teachers and school staff find their jobs always or often stressful, a Survey on the quality of life in education 2017 watch.

There are many causes of school stress, some of which are inherent to work. But others can be found in cultures defined by distrust and fear, pressure to achieve unattainable performance goals, inadequate opportunities to learn and grow, lack of teamwork and mutual support. , and the feeling that employees’ opinions do not matter. These cultural stressors can promote burnout and disengagement. Such experiences can cause teachers to choose to take more days off than a policy would otherwise allow.

Enthusiastic and committed teachers are not likely to be chronically absent for reasons unrelated to health. Thus, leaders working to eliminate the underlying sources of teacher stress and disengagement can do more to ensure compliance with absence policies already in place.

Public education has historically relied on rigid policies to influence behavior and decision-making. Undesirable behaviors, such as chronic absenteeism and disparities in school discipline, are more likely to trigger a call for policy revisions than changes in “the way things are done here.” This is not uncommon, as many leaders, regardless of industry, find people problems too difficult and time-consuming to solve. This overreliance on policy, however, comes with its own set of limitations and costs.

Policies have limited influence on behavior and decision-making. They are written at some point. It is difficult to design enough good policies to cover all behaviors and decision-making possibilities. Moreover, neglecting the culture can create opportunities for negative and unintended results.

In 2009, cheating scandal rocked Atlanta Public Schools (APS). Reports described a ‘pattern’ of intimidation, fear, threats, retaliation and pressure, as well as a conspiracy of silence that would eventually be identified as the underlying reasons for the actions of employees in the larger cheating scandal in the United States. The Atlanta Journal-Constitution showed the district failed to investigate many allegations of test cheating despite “statistically improbable increases” in state testing in a year at a dozen schools. In a 2012 report, state investigators cited widespread cheating violations and organized systemic misconduct in APS to improve test scores.

In 2017, it was found that Washington, DC, Public Schools (DCPS) had fraudulently graduated hundreds of students with the help of policy violations for attendance, grading, credit recovery, and graduation. As with APS, teachers and administrators felt compelled to pass students to meet performance goals or risk retaliation and job loss.

These two examples may represent what some consider to be extremes or exceptions to the rule. Except that some 196 school districts across the United States during that same period were found to have suspicious test results, according to reports by The Atlanta Journal-Constitution. And around the same time as the DCPS graduation scandal, public schools in neighboring Prince George’s County reportedly engaged in a graduation scandal of its own.

An organization’s culture, one of the most important things any leader can care about, is rooted in the human issues of behavior, habits, and mindsets of individuals and teams. It can be deliberately leveraged to guide behavior and decision-making to align with policies. As Dwight D. Eisenhower once said, “Leadership is the art of getting someone else to do something you want to do because they want to do it.” Establishing a healthy organizational culture is how leaders get things done.

The process of transitioning from a dysfunctional culture to a functional culture begins when leaders take the lead in what is often seen as a heavyweight. Most leaders understand that they need employees to work together as best they can to be successful, but lack a strategy to make “the way things work here” a hero instead of a culprit. To help leaders take on this responsibility with confidence, here are some first steps that can help guide leaders and teams through a journey to establish the culture they want.

First, shared behaviors that reflect core values ​​become “rules of the road” or guardrails that keep employees off the road. All of the conversations along the culture formation journey create alignment between purpose, strategies and policies, and between employees in the organization. Alignment creates momentum that leaders can use to ensure everyone is moving in the same direction toward the same goals.

Then, this newly defined culture is embedded into key organizational systems, such as hiring and onboarding, recognition, performance, and communications. A key differentiator between saying culture matters and that it matters is the familiar truism: what gets measured is what matters.

Finally, keep in mind that culture evolves in response to how employees respond to even the most mundane issues. Before leaders seek a political solution, they could think carefully about the role culture might play in encouraging or condoning undesirable behaviors and decision-making. They might ask: is our culture helping or hurting us?

In our discussions of policy solutions, let’s not overlook the role of culture in ensuring successful implementation. The good news is that no policy is required for leaders to establish the corporate culture that could help their teams and organizations thrive.